Thank you to our partner, Locus Robotics for this guest post.

Last year, the warehouse and transportation industry had a record 490,000 job openings according to the Washington Post, and that number has only grown. Yet, the ongoing narrative is that robotics and automation, including autonomous mobile robots (AMRs), are taking away jobs. Should warehouse workers really be worried that they’re going to lose their jobs to robots? What’s needed instead is an understanding of the reason for those fears and the benefits of robots for associates.

The Myth of Lights Out Factories

When robots are introduced into a warehouse, warehouse associates may fear that their jobs will be displaced by the bots, creating what’s known as a “lights out factory”. A lights out factory is one that is entirely automated, without human workers.

During a recent MassRobotics panel, “The Future of Work: Jobs in an Age of Robotics”, panelist Ira Moskowitz, CEO of the Advanced Robotics for Manufacturing (ARM) Institute, dispelled that fear while admitting that the narrative does exist. He stated that in his 30 years of working in the industry, he’s never seen someone deploy robots at a facility to replace a person. Instead, the robots take on the mundane or dangerous tasks, leaving the humans still employed and working on different tasks.

On that same panel, Julie Shah, Director of the Interactive Robotics Group at the MIT Computer Science and Artificial Intelligence Laboratory, noted that she had a discussion with a factory that was bringing robots into their facility. The question came up of “Is the goal a ‘lights out’ factory?”, and one person in the factory replied that it wouldn’t happen as a factory without people is a factory that isn’t innovating.” Shah added on to Moskowitz’s statement, adding that robotics technology doesn’t take away jobs. Instead, they do the manual tasks that humans don’t need to do and enhance human capabilities.

Warehouse associates also fear that if robots don’t displace them, they won’t be able to figure out how to work with the robots due to the new technology.

Tom Ryden, Executive Director of MassRobotics, provided this analogy on the panel about robotic technology and a tractor and asked the audience to think of a tractor of years ago. It had two pedals, just like a car, and it was easy to drive if you knew how to drive a car. Today, if you get into a tractor to drive it, you’ll find a dashboard of technology that is completely different from a car. In order to drive a tractor, you have to be trained. The same holds true for robotics – workers need to be trained on how to use the technology.

United States Secretary of Labor, Marty Walsh, stated, “We shouldn’t be afraid of technology.” Instead, the focus should be on making sure young people who are graduating have a pathway to understanding and working with robotic solutions, so they’re not fearful of the technology.

While there are robotic solutions in warehouses that require deep training, there are others that don’t. One example is the Locus solution. With Locus Robotics, warehouse associates can be trained in just minutes. With other solutions, the training time might require a week or more of training.

For warehouse workers, there are many benefits of working with autonomous mobile robots (AMRs), including the “cool” factor and the quick training time, but one of the top benefits is making their jobs less strenuous. Mike Johnson, President of Locus Robotics, notes that associates in traditional warehouses have to walk between 12 to 14 miles a day. When a facility brings in AMRs like the Locus solution, the bots do the majority of the walking while the associates stay in one section.

Warehouse associates love working with AMRs. In fact, one associate told her VP of HR that when she goes home at the end of the day, her feet no longer hurt the way they used to before they brought in LocusBots. Another associate told her manager that working with the LocusBots gave her back the energy she needed “to be the mother she was supposed to be”, as she was no longer walking for miles each day.

Brian Lemerise, CEO at Quiet Logistics, said that their warehouse associates think of the collaborative robots (cobots) as their coworkers, and they love working alongside the LocusBots. Lemerise stated, “With LocusBots, warehouse associates don’t have to pull heavy carts, pallet jacks, or full cases of products. Instead, they’re just walking productively from robot to robot, performing their tasks.”

The Locus solution creates happier warehouse associates, which gives you a recruiting and retention edge. At the same time, it dramatically improves worker productivity by 2x to 3x, enabling higher pick rates and decreased cycle times. 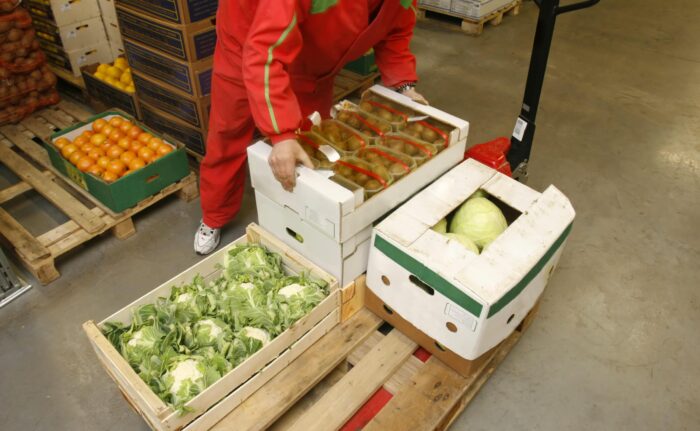 Food and beverage companies are under constant inventory stress, much more than other CPG industries. You’re looking at strict control 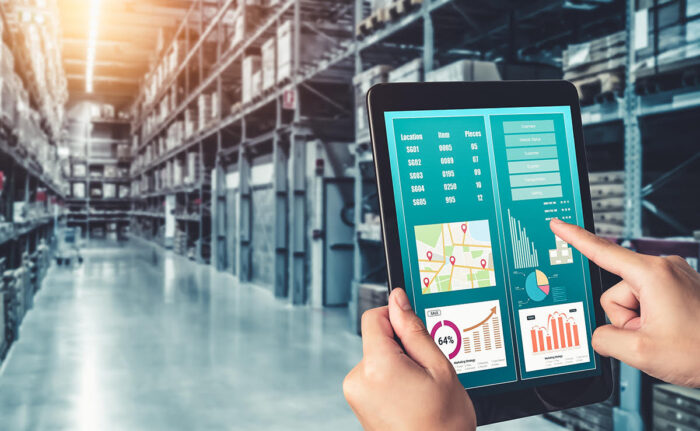 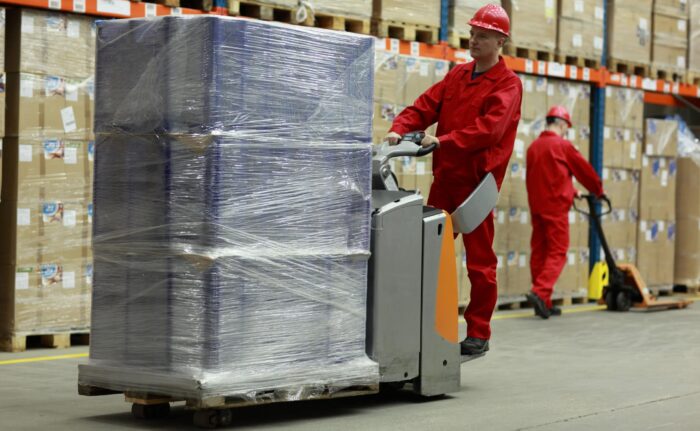